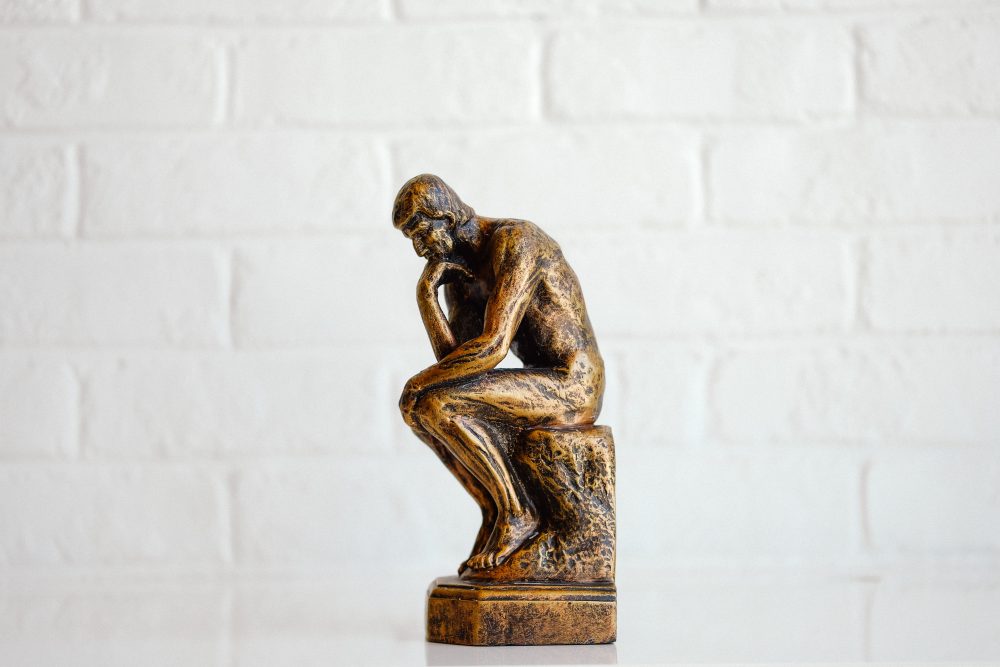 A question I often hear from founders is whether or not they should consider working with an executive coach. More often than not, this question arises in response to some kind of struggle they’re having with their team, investors, or another interpersonal relationship that is negatively impacting their business or personal growth.

We believe that receiving help of any kind doesn’t have to be in reaction to a challenge, but rather, it’s a proactive step in the right direction. Seeking coaching to uplevel your leadership and support your mental health is a sign of an emotionally intelligent leader who has both the wherewithal to acknowledge where they need to grow and the motivation to make a change.

My colleague, Ann Crady Weiss – who is both an investor here at True and the co-founder and CEO of Hatch – has worked with several executive coaches over the years who have helped her develop as an individual and in tandem with her leadership team.

In addition to the coach she works with one-on-one, Ann and her co-founder Dave Weiss (who happens to be her husband) meet with a separate coach to help them work through major strategic decisions. A third coach counsels Ann’s broader executive team so they can better understand their collaborative dynamics.

Following a group discussion at one of our Founder Camps, I asked Ann to share more about the ways coaching has helped her become what she calls “the best CEO I can be,” and how coaching and therapy are similar to and different from each other.

Madeline Kolbe Saltzman: Ann, you mentioned that you’ve worked with several different coaches and support professionals. What does that look like, and where did you start?

Ann Crady Weiss: I have a CEO coach, Jeff Weiner, who I meet with monthly. He’s an experienced CEO himself and gets to the meat of an issue like almost no one I’ve ever met. He’s particularly brilliant about strategic and team issues.

In addition to Jeff, my cofounder, Dave, and I meet with another coach, Raymond Stern, who helps us talk through areas of strategic disagreement. His best advice is that when smart people are presented with the same facts, they generally come to the same conclusions. He helps us suss out the facts away from the emotion, which helps us drive to a resolution that works for both of us.

Last but not least, we hired a coach to work with our broader executive team. We wanted to optimize how we work together and brought on help to identify areas of cohesion and areas of friction. We did 360 reviews of the whole team and identified shared yet individual goals among the executive team. In the massive growth period we are in now, this foundational work has been invaluable.

Being a great founder isn’t about avoiding conflict or disagreement but rather knowing how to grow, how to help others grow, what to do to make people feel “bought in” to your vision, how to build alignment, and how to give healthy and actionable feedback. These are all things a good coach will help you or your team develop.

Madeline: Does a personal therapist also fold into this mix?

Ann: Yes, I have my own therapist, whom I sometimes use to discuss work-related things too. I like to have a combination of resources like this at hand so I can work through issues that inevitably come up. We are all flawed in our own unique ways and learning how to have both accountability and compassion (for myself and others) is an important foundational cultural element that I believe makes me a better leader at Hatch.

Madeline: What do you mean by that?

Ann: Well, I’d tell my executive coach how something went down at work that I’d like to course-correct so we can figure out a solution, but I’d tell my therapist how I felt about myself after whatever happened. I guess I’d say that the coach’s role is to help me grow through the lens of my job performance, whereas my therapist helps me grow personally, which sometimes affects how I show up at work.

Madeline: There’s so much I could say on that topic, but I don’t want to get too far away from coaching just yet. Founders ask me all the time about when they should find a coach, and I tell them it’s not a lightbulb moment or a one-size-fits-all approach. In fact, sometimes, it can take a founder a while before they’re ready for coaching because they have to get to a point where they know they don’t have all the answers.

Ann: I think the best time to engage a coach is when you have the time, energy, and awareness to devote to growing as a leader. The most common time to hire a coach is after receiving feedback that you don’t understand, more than one unexplained regrettable loss of key employees, or when a board member or colleague suggests it.

An important note is that coaches are not there to fix anything, but rather to ask you questions so that you can be better and help others be better. It’s like couples counseling. The time to start is when friction begins to emerge, not when everything is falling apart. Ideally, you go not because you’re squabbling, but because you’re seeking to be intentional and want to grow in the relationship.

Madeline: I love that — the intention being to bolster, not repair. What’s a good place to start?

Ann: I believe it’s important to be able to candidly communicate with folks you work with. “Feedback is a gift” is one of our values at Hatch, and we mean it. In my opinion, it’s a sign of respect that I share my feedback with you and vice versa. It doesn’t mean that the feedback is the truth, but it helps to surface misunderstandings, misalignments, and disagreements. Some people can do this all on their own. Others can use a coach to help.

What often happens with relationships under stress is that people go down rabbit holes about points that are more academic, and they lose sight of the near-term facts of the issue they’re disagreeing about. A good coach will ask: what are the facts of the dispute? As my coach taught me, when smart people have the same set of facts, they generally come to the same conclusions.

Madeline: What do you think working with a coach says about a founder?

Ann: I’d say there’s a very significant correlation between being a high-performing CEO and having a coach. It’s not that they’re the best CEOs because of the coach. But being willing to have a coach means you’re willing to look inward and to be curious about yourself and how you interact with others, and the effect you have on them.

Ultimately that’s a huge contributor to a company’s success — the strength and the vision of its leadership. We invest in a protagonist. If they don’t have the ability to recognize that growth is important, that we can all do better, or if they lack interest in being self-reflective, they’re a far less interesting protagonist to me. The road to building a successful company is not a straight-up-and-to-the-right journey. Asking for help is a superpower, not an indication of failure. So if they’re not even open to the idea of hiring a coach, it’s a red flag.

Madeline: It doesn’t even have to be an executive coach! Sometimes founders can get caught up looking for a specific resource instead of just placing intentionality and self-awareness around getting that help.

Ann: You’re right. I like founders to be self-reflective and willing to be curious about themselves and the dynamics of all their relationships. That’s who I want to invest in.

Madeline: So say a founder is ready to work with a coach or another outside support person. What are some of the things they’ll start to notice right away?

Ann: Honestly, they shouldn’t expect to see anything right away. When you’re working with someone who is supportive of your self-reflection and curiosity, it’s crucial to build trust, which can take time. But once you build trust and can be honest, that’s when you’ll really start to notice changes in how you approach your work and your relationships.

I want to ask you a similar question to what you just asked me. You’ve been part of several executive teams and consulted with many others. What changes have you observed when a founder gets a coach?

Madeline: Coaching brings discipline to the art of reflection. Founders are committing to making the time to self-reflect — making it programmatic rather than occasional. Often, introspection is the first thing to go as business ramps up and the frenetic energy sets in. Then the flywheel of “I’m too busy” starts and all of a sudden there is no time left to take care of themselves. They’re always in service of their business or their investors or someone else. Learning to be introspective regularly by, say, one hour a week can be a big deal.

Think about a blow-up over something stressful like meeting the quarter’s OKRs, when a founder is upset — but it’s clear their reaction is about something deeper. This is the sort of thing that wouldn’t come up in a meeting but will show up with your coach. And it’s a lot easier to navigate the issue from a place of confident leadership, rather than reactive leadership.

Ann: Agreed. One of the shifts my coach helped me learn is that taking time for yourself is another part of your work in de-risking the business. Self-reflection is what leads you to far deeper insights than self-maintenance provides. My coach’s rule of thumb is this: every day, you should have at least 60 minutes where you’re doing things to enable self-reflection and learning. And this is where that outside, third-party coach or support person will help.