More than 96% of all land in Texas is privately owned. “We have city parks,” said Alex Bailey, founder and executive director of Black Outside, “but outside of the city almost all the land is private.”

The city, in this case, is San Antonio, Texas — the state’s second-largest, with a population of 1.45 million. San Antonio is also one of the most economically segregated cities in the country, which creates disparities in school funding, as well as other systemic issues, like poverty and family instability. So in cities like San Antonio, where both standardized test scores and high school graduation rates are low, schools have to navigate the challenges presented by economic inequality while trying to raise standardized test scores. To make room for test prep, some schools are cutting recess and other outdoor activities.

Alex noted that even in schools with strong programming, there aren’t enough resources for outdoor activities. This is often due to staffing shortages and schools prioritizing test prep over extracurriculars. “I talked to two school leaders recently, and they told me: ‘We don’t have time to take kids outdoors,’” he said.

This doesn’t sit well with Alex, who believes schools should think of recess “not just as an add-on, but as a right. Access to green spaces is a right.” So in 2019, after seven years of work in education, Alex started Black Outside to take Black students well beyond the school yard into a sort of hyper-powered recess, in the great outdoors.

“Institutions really need to humanize the outdoors, and specifically Black youths’ connection to it,” Alex said. “A lot of schools have focused on academic test passing, getting passing grades or B or A ratings, but I’ve always imagined what it would be like to cultivate social and emotional skills in a different way.”

A former camp counselor, he’s seen first hand “the power that a nature program can have on a person.” He’s also noticed the lack of diversity often observed in traditional outdoors-oriented activities, whether at the camp where he counseled or on public hiking trails. Black Outside combines Alex’s previous work as both a teacher and a camp counselor to provide expansive outdoor experiences to Black youth underrepresented in these spaces. 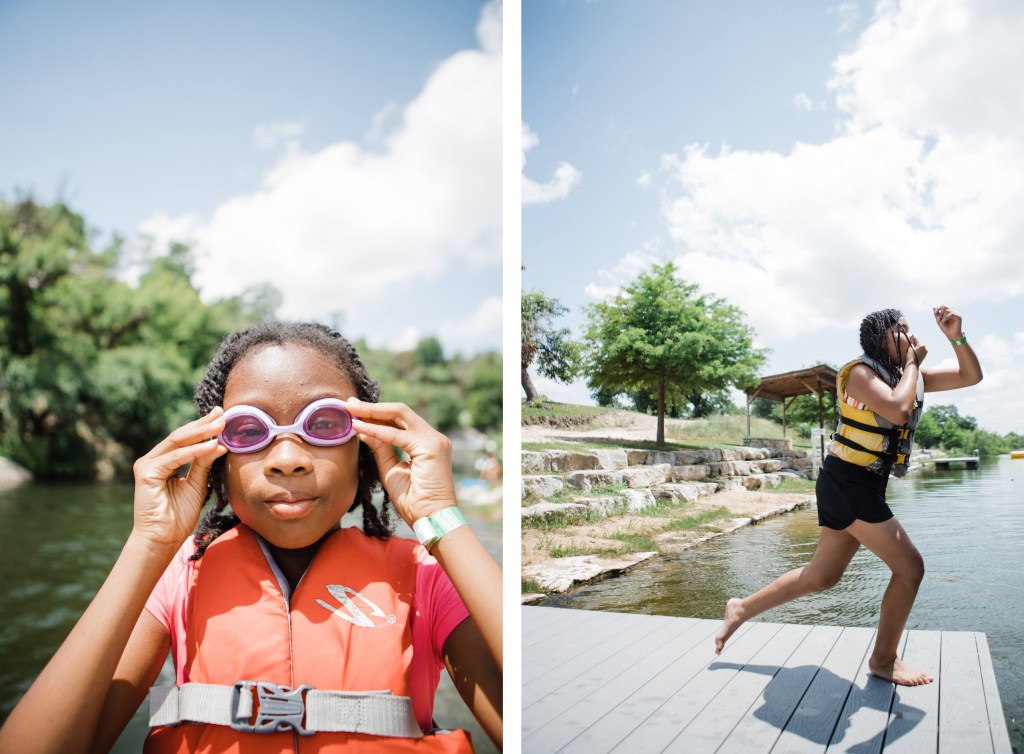 As for that privately owned 96% of public land in Texas? Alex has chosen to see it as an opportunity to further educate the Black Outside community. He’s using the lack of available public land as motivation to connect youth to an even wider array of outdoor locations and nature activities. “It can feel like there’s a secret society of landowners out there,” said Alex.

To that end, Alex and his team at Black Outside are looking for land partners to provide the organization with access to privately-held property, so participants can enjoy more expansive land access in Texas and beyond.

We’re proud to support Alex and Black Outside through Trueventures.org, our social impact initiative supported by the True team. Make a donation to Black Outside or consider donating gently used gear or jackets (or land you’re open to sharing) by contacting the team.