Almost exactly six years ago, Apple launched the first iPhone. It was a small device that many dismissed as a toy.  In reality Steve put a supercomputer in our pocket — we just didn’t know it. And like super computers before, it came with immense capabilities and brought about an opportunity to rethink, reimagine and reinvent how we live, work, create and consume.  Today, smartphones sell by the hundreds of millions and with that they bring what Chris Anderson (True Founder, former editor of Wired, best-selling author and Chief Executive of 3D Robotics) describes as the “peace dividend of the smartphone war.” 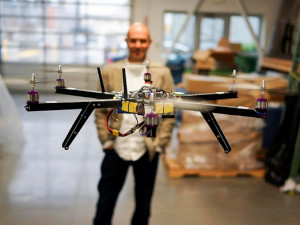 Cheap processors, cheaper memory, and even cheaper sensors means it’s a great time for people who like to tinker with hardware to tinker.  Platforms like Kickstarter and Quirky de-risk production, identify features and customers, and do so before the first tool is made.  Wireless broadband is ubiquitous, and military grade technology is available at RadioShack. The manufacture and design of products and devices has changed forever.  Building factories is no longer a prerequisite for building products. Add to the mix emergent technologies such as 3D printing and inexpensive laser cutters that put prototyping capabilities onto a kitchen table, and we suddenly are facing an extraordinary revolution in hardware-based innovation.

This is a tectonic shift that is going to drive the next wave of industrialization — one that is more nimble, adaptable and rapidly evolving. One that is as much based in software as it is in assembly lines.  The past 150 years were about the economics of labor and mass production. Now, information flow, data, and analytic platforms are the new tools augmenting the lathes, pneumatic hammers, and assembly lines of yesteryear.

The offspring of this marriage of machine and software is customizable, connected, and it enables creation. This new age of hardware is the foundation for a novel breed of services and platforms that leverage software and—most importantly—data, whether to change health behavior or to revolutionize the way we farm.

Investors have historically shied away from hardware, but we have long believed these enormous forces will change the industry and the world. True Ventures has been early and big investors in the burgeoning hardware and device wave:  we funded Fitbit‘s seed round in 2008, were early investors in MakerBot starting in 2010, and have gone on to fund 3D Robotics, Airstone Labs, Ginger.io, Inventables, littleBits, Sifteo, Streetline, Valencell, and several others that have yet to be announced. 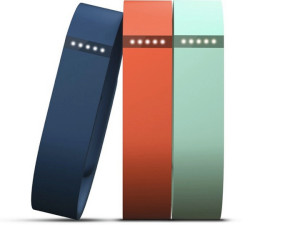 These investments has given us a unique view at the dawn of this new revolution, and we want to share what we have learned. We share because we believe deeply that collaboration is the best path to inspire and propel the Founders behind this historic movement to unleash a new kind of creativity into our world.

Some of the things we have learned so far:

What we think comes next

We believe this is just the very beginning of the hardware revolution. The world is eagerly awaiting new devices and new device platforms. Look around you and it is hard not to see opportunities. We need a large scale device control and management platform that enables configuration, addressability, access, registration, tracking.  We are still in desperate need for advance control plane software that will enable features in robotics like sense and avoid, swarm coordination, traffic management, ideally across device type.  And much, much more.

On the device level, opportunities abound. When True funded MakerBot and Fitbit, critics told us these were “vertical markets” that were small and maybe not so important.  They’ve turned out to be more like iceberg markets—they looked small and niche from the surface but were monsters underneath, and have driven the creation of entirely new categories. There are many, many more of these in places we don’t yet see, but they are likely right under our noses. The home, the car, the workplace. The body. The air, the sun, the sky, the sea, the sand.

Enormous amounts of video and imagery are being created, and this gives rise to new types of data cataloguing, geo-referencing, stitching, searching and even analysis.  There is an entirely new GIS industry about to be created.  Unlike GIS of the past, this one will be fully multi-media, multi-modal, real time, and in all likelihood streaming.

Some of the platforms we’ve seen will literally blow your mind at first glance. New devices will create a entirely new view into our world, from the nano to the galactic, from the human body out into the oceans, the atmosphere, space and beyond.

We expect brilliant things to come in the years ahead.

Welcome to the hardware revolution.