In Silicon Valley, there’s still a belief held by many investors that you have to be here or relocate to a big city to build a great company. But that’s changing. As the cost of living continues to rise in the Bay Area, some tech companies are rejecting the advice of Sand Hill Road investors to move to San Francisco and instead build their headquarters where they started: in smaller U.S. cities.

True has never hesitated to invest in companies outside of Silicon Valley. We strongly believe you can build a great company anywhere. In fact, we see quite a few advantages to being based outside of the Bay Area:

For one, small cities not only attract highly talented individuals but also very loyal ones. We all know how competitive it is in the Valley and SF; employees switch companies every few years to join the next big thing while salaries skyrocket. But when a new employee moves to a smaller city to work for that town’s star company, there’s a different level of loyalty. There’s more of an incentive to make the opportunity work and build a life around that company. It’s a missionary approach (versus a mercenary approach).

Moreover, when the company is the shining star in the area, the choice for quality talent often comes down to leaving the area to go to a Facebook or Google or staying local to experience a great new startup. It’s a choice that often results in the local startup winning and thus a real competitive advantage both from a talent and cost perspective.

On a softer level, there is also more balance in smaller cities in the sense that it’s not all tech all the time. Walk into any restaurant or bar in SF, and chances are you’ll hear at least a bit of tech talk. You live and breathe tech here. That’s good and bad because there’s less of a balance. Being in a smaller town gives you a fresh perspective. You lose a little of the accessibility but if you have the right investor team, they can act as a bridge. More importantly, work-life balance is more natural, which we believe is a key to long-term success.

The Recipe for a Flourishing Tech Scene

We’ve noticed that small-city tech hubs tend to flourish in areas where there is (1) a thriving university, (2) some previous tech or startup success, and (3) quality of life in terms of affordable living, good schools, etc. Get this mix together and that’s usually what it takes.

Puppet and Urban Airship both started in Portland, Oregon, before Portland had much of a tech scene. Ann Arbor, Michigan, is on the map thanks to Duo Security and its CEO/co-founder Dug Song who frequently advocates for Michigan’s tech scene, even investing in a few local startups himself. Song was featured in a Crain’s interview titled “Dug Song: Changing how Silicon Valley looks at Michigan.” Austin, Salt Lake City and Boulder are also examples of this phenomenon.

Making It Happen in Missoula

Today, we’re announcing our Series A investment in Missoula, Montana-based Submittable. Submittable is a cloud-based, submission management marketplace that allows for easy submitting and accepting of digital content of all types. In its early days, writers used Submittable to send creative work to publishers and literary magazines. Now, the company is expanding to new verticals, allowing the platform to be used by businesses to review job applications, scientists to apply for grants, and more.

Traction is entirely organic and completely off the charts. More than 10,000 customers including businesses, nonprofits and publishers now use the product, and over two million users have signed up for the submission platform. It’s a rare combination of a high-growth SaaS company and a thriving two-sided marketplace.

The company has an incredible story. Co-founders Michael FitzGerald, John Brownell and Bruce Tribbensee didn’t have any money to start the business initially. They applied to YCombinator in 2012 on a whim. Sure enough, they got in and the three co-founders moved to Mountain View, California, for three months to accelerate the company.

Through sheer determination and will, they continued to iterate until they hit on a clear horizontal need that nearly every company in the world could use. Now they have more than 35 employees, all based in Missoula, with the plan to aggressively hire more.

John, Michael and Bruce of Submittable.

Some entrepreneurs might see this midwest location as a risk, but not Submittable’s Michael FitzGerald. Michael told the Missoulian, a local newspaper, his goal of eventually having “a 500-person company in Missoula, Montana.” A father himself, he wants his two kids to like the idea of sticking around to work and live. 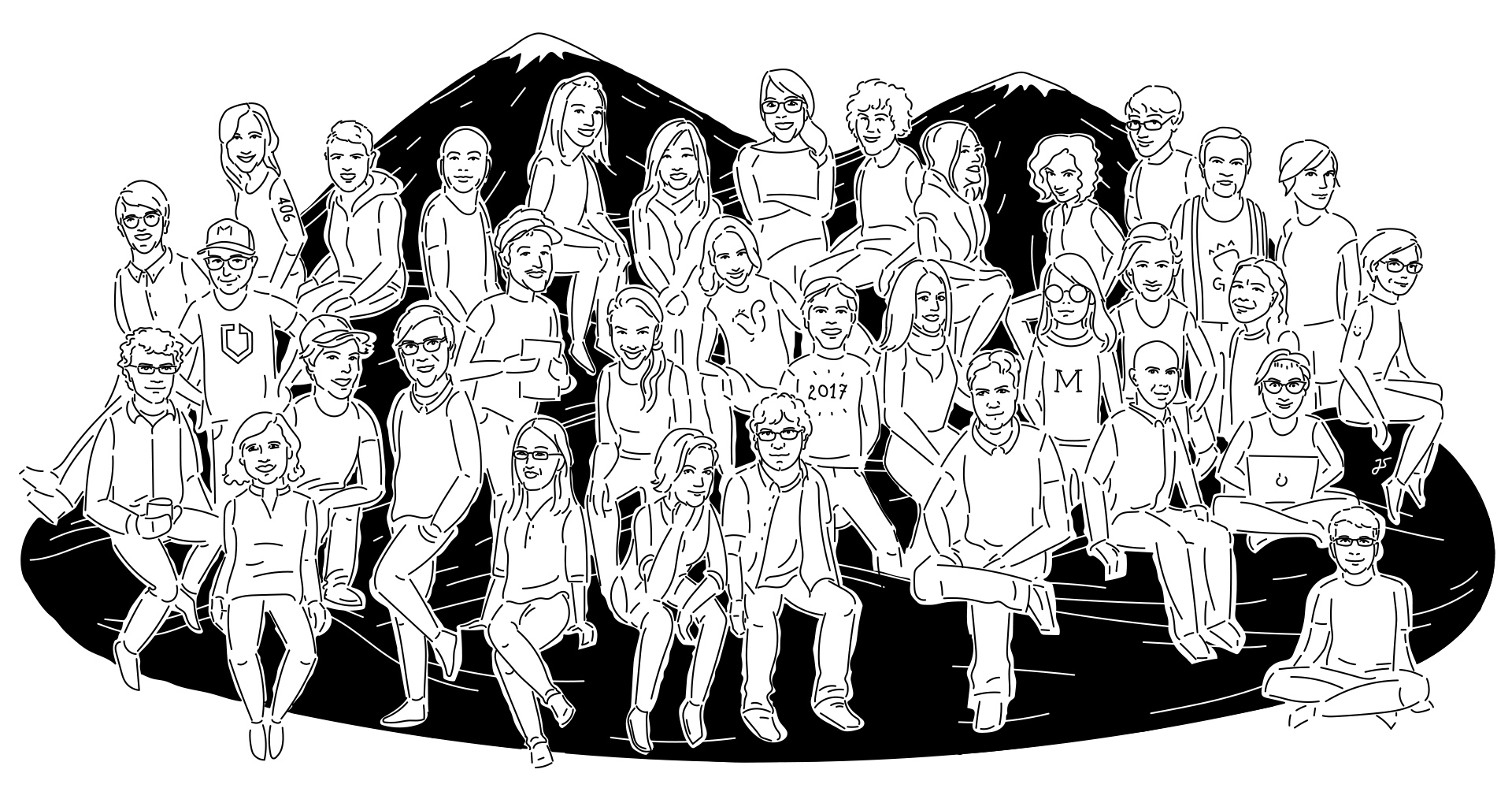 A sketch of the entire team by Submittable designer Joanna Socha.

On a larger note, Submittable is not only building a great business but has the potential to change a local economy. The company has enabled many of its employees to buy homes for the first time, a stat they actively track. It is bringing jobs, growing the tech scene and breaking down barriers all at the same time.

This is the kind of mission we are proud to be a part of and invest in. We are also thrilled to be working alongside Will Price of Next Frontier Capital who introduced us to Michael and the Submittable team.

Read Toni Schneider’s perspective on distributed teams and building outside of the Valley on Toni.org.