As an analyst for True Ventures (and the first Priya Haji fellow back when the program was still in its nascence), I’ve observed and learned a lot about what it takes to create a space where female Founders and women in tech in general can thrive.

When I sit in on pitch meetings, the partners at True encourage me to ask questions, which are often quite different than those of my male counterparts. I think it’s a comfort for female Founders pitching their businesses to see other women, like Ann or I, looking back at them.

Our team is very aware of this underrepresentation and is actively looking for ways to bring more women into the pitch room and get them funded. Over the past six months, I’ve been meeting with female Founders within the True community to ask what they need more of, both personally and professionally, in order to succeed.

I didn’t shy away from talking about personal topics or the struggles these Founders have encountered when building their businesses because we believe honest, emotionally intelligent communication is the most effective way to figure out how we can best support our Founders and their unique needs.

Initiated by those interviews, we’ll be rolling out more programs catered to female Founders over the next year, but today we’re sharing what we consider to be a “community win” in celebration of Women’s Equality Day, held annually on August 26th to commemorate when women were granted the right to vote.

I met Elizabeth (“Lisa”) Orr earlier this summer at a women’s happy hour we hosted at True U, our annual, two-day startup school where True portfolio company Founders and their teams are invited to attend educational sessions covering a wide range of disciplines. The goal of the happy hour was to set the stage for honest discussions around the struggles we face as women in technology.

I discovered that Lisa, a data scientist for Portland-based Urban Airship, started a women-only Slack channel meant to give her and her colleagues a safe space to discuss common challenges of being women in tech. A few of Lisa’s coworkers jumped at the opportunity to brag about their friend and team mate, even when Lisa modestly shied away from taking the credit. Hearing about this incredible grassroots initiative inspired me to learn more. 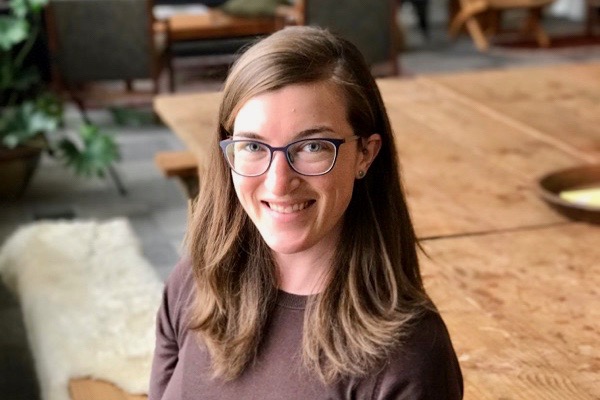 Priscilla Tyler: Tell me more about why you started the women’s Slack channel at Urban Airship and explain the concept behind the channel.

Lisa Orr: I may have started the Slack group but many people helped turn it into what it is today. In fall of 2015, our talent recruiter set up an outreach event with Women Who Code Portland and asked me and several other women from our engineering, product and ops teams to participate. In organizing the presentation for the event, we realized there wasn’t a natural space for us to discuss the work involved. We therefore set up a new, private Slack channel so we could more effectively collaborate and discuss the challenges and opportunities we see.

Originally (the Slack channel) was just the women who were on that outreach panel, but it soon grew to include many of the women at Urban Airship. Some very honest and open conversations took place within the channel and it soon became clear that we needed to take a step back and think about the intention of the channel and what value it was providing to its members.

We realized the value of a private women’s channel was in it being a supportive space where conversations about career experiences could take place without those conversations necessarily leading to an escalation. We therefore decided that those who identify as women (or don’t identify as men), who are not in HR and do not have direct reports could be a part of the private channel, and this is how the channel is defined today.

Today the channel has 40+ members representing all Urban Airship orgs and office locations. Beyond being a support group, we’ve also taken to leveraging our collective knowledge to better understand the tech industry, the market Urban Airship exists in and how our individual roles fit into the larger picture.

To that end, we’ve hosted conversations with both men and women at the director level and above, asking them questions along the lines of how they got to where they are today and what career-advancement advice they have for women in tech. We call these sessions “Business Perspectives” meetings. To date, we’ve hosted more than 20 of these sessions, many of which have been recorded so new recruits and those moving into new roles can learn more about Urban Airship and the leaders within the org.

PT: Do you have any advice for women at other tech companies who are looking to build more connections with women peers or develop a safe space for discussing related topics?

LO: We’ve gone through some iterations of what our women-only groups and spaces look like, and reading up on how to design and define women-only spaces has been super helpful. It’s also been helpful to talk with women from other startups to learn how they’re building their own women-focused groups.

It has been hugely helpful to talk to women at both Sentry.io and Slack who have created their own internal women’s groups and are organizing their own women-centered events. Learning about how different companies have built and maintained their women’s groups and diversity/inclusion organizations has been very informative in how we are approaching the structuring of our own groups.

For instance, we realized that we were being too restrictive when it came to women-centered activities by only including those in the private Slack channel. This led us to starting a new, more inclusive Slack channel where future events like our Business Perspectives meetings will be organized.

PT: What types of conversations have been discussed on the Slack channel?

LO: There have been conversations about the culture of internal teams, how one best approaches negotiating a raise or promotion, how to receive support in moving up from an individual contributor to management and generally about experiences of being a woman or part of other underrepresented groups in tech. Channel members also periodically join one another for in-person lunches so they can discuss their roles and journeys with other members.

In one conversation, an Urban Airship intern said she’s never experienced camaraderie among women coworkers like she has at Urban Airship. I think having a space like this has been instrumental in fostering that camaraderie.

PT: Have any new codes of conduct or company policies been developed since your creation of the channel?

LO: Alongside the Slack channel we also have a diversity guild which has made strides in getting implicit bias training to be part of the hiring process as well as help inform Urban Airship’s code of conduct.

PT: Are there any specific teams at Urban Airship that have a proportionally impressive number of women?

LO: Not surprisingly, non-technical teams have the highest numbers of women proportionally. In engineering, we have fewer women proportionally, but those numbers are growing every year.  We’ve recognized as a group that we can have a big impact on increasing diversity by getting out in the community and recruiting at women-focused meetups for openings as they come up.

Also, it’s not just women at Urban Airship who are trying to increase the diversity at the company; male hiring managers have been more than happy to join us in these efforts as they also see the value of having a more diverse workforce.

PT: Thank you so much for your time, Lisa.

We asked Urban Airship CEO and President Brett Caine what he thought of the initiative Lisa and her team mates started, including how other companies can ensure that their employees feel welcome to grow their own grassroots groups.

“Giving employees the freedom to self organize is a fundamental principle for the way I view employee engagement. It helps us attract and retain the highest-performing teams, while continuing to innovate and scale our business at a rapid pace,” said Brett Caine, CEO and president, Urban Airship. “We’re really proud of the work our diversity teams have accomplished, which continues to demonstrate Urban Airship’s focus on these important issues.”

Started by NPM Co-founder and COO Laurie Voss, LGBTQ in Technology is a Slack channel where LGBTQ people in tech can chat and support one another.