In 2005, I left Yahoo! to start my first company, a social network targeting new moms called Maya’s Mom. Here’s what I had going for me: I had an excellent network (from Yahoo!’s heyday), great operational experience, and confidence in myself as a Founder and CEO. I also knew that I had a great idea at the “right” time.

Given that social networking was clearly taking off and Facebook was not open to non-students, creating a verticalized version of MySpace (which had amazing user growth but was a visual mess) seemed like a slam dunk.

I figured all I had to do for the venture capital community to see the potential was connect the dots. The reality was quite different, though. I heard more than once that “moms don’t have time for social networking,” which didn’t make sense to me (as a mom at the time) and is just plain laughable today.

But since most of the folks I pitched my idea to were men, I had an extra hill to climb to educate them about my target audience. After enormous amounts of hard work, I found an amazing partner in True Ventures, had a successful exit, and am now the CEO and co-founder of my second True-backed company, Hatch Baby. The reality is that my story ends well—but this isn’t the case for every woman in my position (then and now).

They also perceived sexism in the VC community dramatically more than male founders (79 percent versus 28 percent). And only 15 percent of female Founders believe that the VC community is making “meaningful progress to invest in more diverse companies.”

I am not surprised by these statistics, albeit a bit shocked at their dramatic nature. I wrote this piece not only because I can personally relate as a Founder, but also because I’m now in a position to help inspire meaningful change. The partners at True Ventures recognize that diversity is a huge problem in the VC industry and hired me as a venture partner to be an important, underrepresented voice at the table. 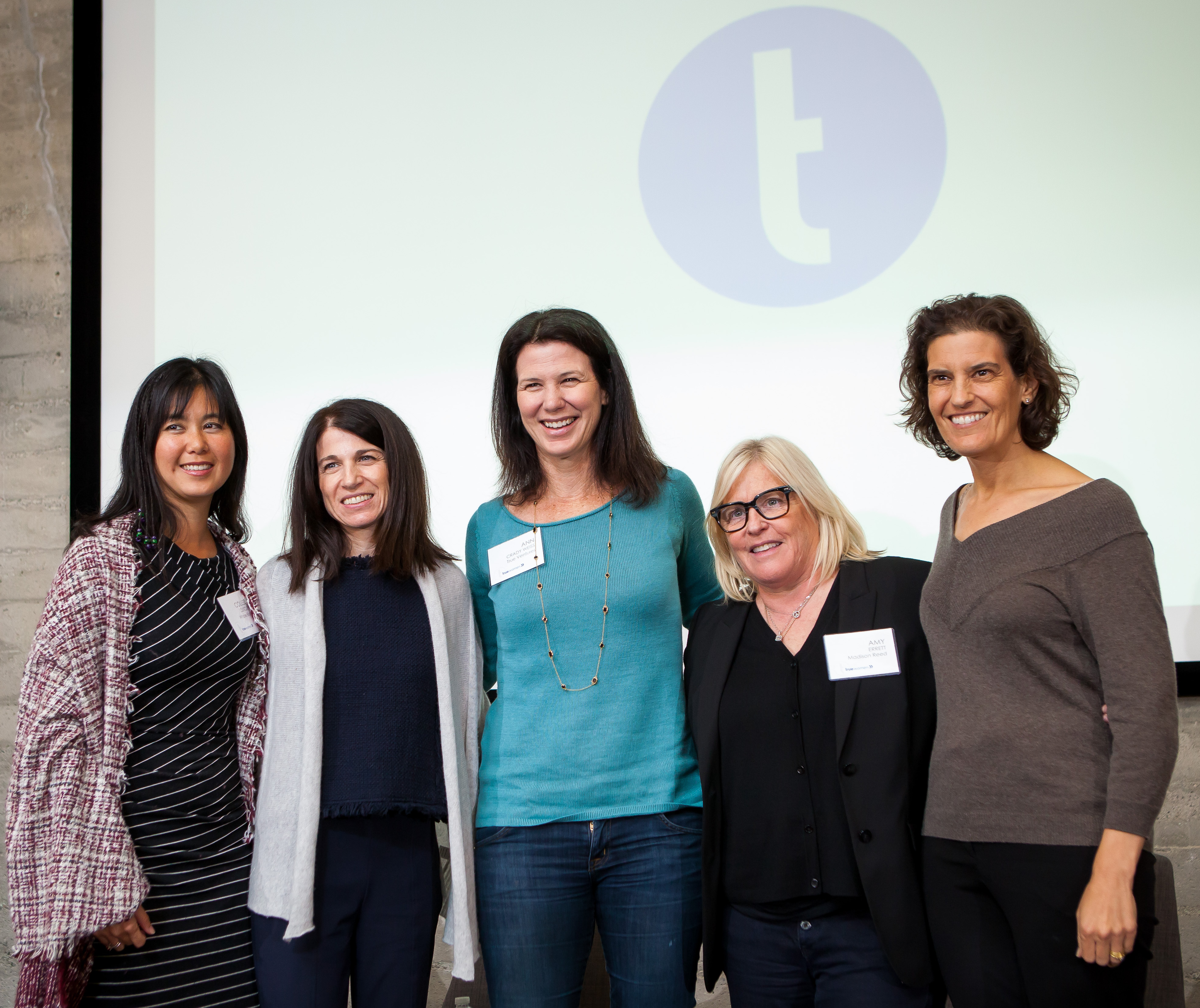 Let me be very clear about something: I was offered this opportunity because I am a two-time Founder and CEO, have a long-standing relationship with the folks at True, am confident that I deserve a seat at the table, and am a woman who brings a unique and otherwise missing voice to our discussions.

Unfortunately, the data suggests that the venture capital community at large still feels like a boy’s club for many women Founders. We can talk about the changes underway in the industry (and I believe positive change is happening), but in the meantime I have some advice for those of you who may have an extra hill or two to climb in creating the next littleBits, Madison Reed, or StitchFix.

1. You are a force of nature and will make it happen.

Who cares what the data says; you have to believe in yourself. Do not forget that you have a great idea and deserve to be funded just as much as anyone else.

Don’t let anyone tell you that moms are not on social networks (Maya’s Mom), connected devices don’t make sense for babies (Hatch Baby), or any other presumption that assumes the opposite of the reality of your product or service. You are the person who understands why the world would be a better place with your business in it, and if you aren’t fighting for the worth of your idea with ferocious vigor, no one else will.

2. You only need one “yes” to move your company forward.

When you think about it this way, the task of fundraising seems less daunting. You don’t need every potential investor to understand and relate to your product personally. You just need one “yes” from an investor that agrees that you are uniquely qualified to disrupt your market and believes in your product, whether or not they can relate to it.

Your job when you pitch is to check your insecurities at the door and tell your story with uncanny passion and data that will turn a perceived need into a brilliant opportunity a VC just can’t pass up. Speaking of data…

3. Collect real data about your business and let it tell your story for you.

Give yourself an edge by gathering irrefutable qualitative and quantitative data that proves your idea has merit. No one can argue with facts. If you prove the need for your product or service with real data, you will get attention. You don’t need a ton of money to do it either. Conduct your own qualitative user research with a group of target customers (who you don’t know) and quantitatively by creating a landing page with Facebook ads to test messaging and conversion.

In my very first pitch, I got to the end of my deck and wrapped up the meeting without asking for anything. As a generalization, and based on my experience, women are more likely to present themselves as humble during a pitch meeting.

The reality is that VCs do very few deals each year. If you give any reason for us to say no, we will. You have to show us that you want the money by asking for it. It also is in your best interest to create an air of scarcity in your deal. Make us want to be a part of your fantastic and limited opportunity (and do it all without sounding arrogant).

5. Work your network—and if you don’t have one, start building one right away.

I’d love to tell you that fundraising is democratic and that anyone can land an opportunity to pitch their business to a VC and get funding. But that’s just not how it works. Networking matters, and you need someone who can sing your praises.

Unfortunately for women, many elbow rubbing sessions still happen on the hypothetical golf course. When I worked for Yahoo!, male colleagues were invited to outings I wasn’t a part of, so I had to figure out other ways to get that face time.

I’ve stayed in close touch with a lot of former coworkers through the years, and that has benefitted me tremendously in forging relationships with potential investors. I recommend trying to create your own networking opportunities. Go above and beyond in your current job, volunteer to help with work overflow for someone you’ve always wanted to learn from or join a committee that allows you to network with a team other than your own.

Although today’s stats are upsetting, we are far from powerless in controlling the fates of our businesses. Some of us may have to work a bit harder to be funded, but it’s totally achievable if we believe in ourselves and what we are building. If you are a potential Founder or in the venture capital community, what steps will you take to contribute to change?

A version of this post appeared on LinkedIn as part of a series discussing how to make the tech industry more diverse and inclusive.