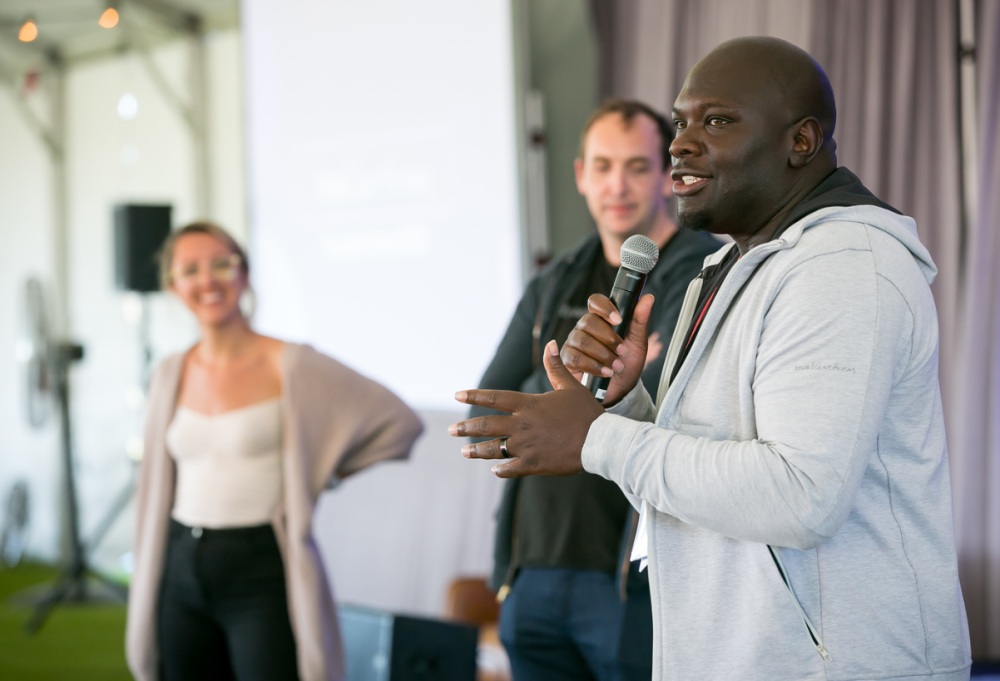 Foremost I’m a founder – of Upsie, (ahem…) a platform for buying warranties for the electronics you own, love, and want to protect. I’m also a venture scout for the True Ventures Spoke program, which is designed to empower individuals from across the firm’s community to source and evaluate deals with the goal of investing in founders of backgrounds that historically have been overlooked in our industry.

One of my biggest motivators in learning how investors evaluate potential deals is to fund more entrepreneurs who don’t have inroads to the VC scene either by circumstance, geography, or fear of not knowing how to get in and engage.

And while I’ve been completely impressed with the quantity of founders who have reached out to me with their ideas in hopes of landing capital, I’ve noticed that a swell of entrepreneurs – who are raising capital for the first time – don’t know the etiquette of communicating and collaborating with investors.

I’m not even sure “etiquette” is the right word. It’s so formal, and it suggests there’s only one right way to pitch and land capital. That’s not really the case. There are many ways to shine a spotlight on your company’s story, but there are some best practices for getting the job done. To explore those, I thought I’d share a few misconceptions I’ve encountered among entrepreneurs I’ve been looking to champion and introduce to my VC colleagues.

Misconception 1: I should get down to business quickly…

So many founders I’ve connected with start talking about money out of the gate, and it’s just not what investors want to hear in an initial interaction. It’s just like how in a job interview, you’re not likely to bring up salary demands when you’re just beginning to learn about a role or get through a first round of interviews.

Do bury the lede a little by showcasing who you are and how who you are plays into what you’re building. The power of story is real and why you’re personally compelled to build a specific type of business is important to investors who are tasked with betting on you. This reminds me of Ann Crady Weiss from our team who created her first company, Maya’s Mom, and second, Hatch, out of the challenging experiences she’s encountered as a parent. Who she was and who she is today as a parent remain so important to what she’s building.

Misconception 2: The data will speak for itself…

In addition to having a great idea in a great market and proof of initial traction, another one of your jobs as a founder looking to fundraise for the first time is to, well… entertain – to a degree – and practice, practice, practice your storytelling skills. Data is a big deal, but data projections won’t move an investor unless the right context is set: the big-picture story of why your company matters to the world and to real people.

As much as this business is not in fact the type of exaggerated song and dance you see portrayed by Hollywood (don’t get me started), you do still have to win investors over in terms of being a person they’d like to work with. You should show why you’re uniquely positioned to solve the problem you’re after given your background. You have to entertain a little to strike up interest, and then you can get down to explaining your idea, the data you’ve gathered, traction to date, total addressable market (AKA the size of the opportunity), and more.

To hook interest in the first two minutes of your meeting, consider how you can lead the convo with the best parts of your personality. Are you comical or data-driven? Maybe you hook them with humor, a wisecrack about what’s broken in your industry (queue quirky Shark Tank product demos), or you lead a conversation with mention of some compelling data you uncovered in your industry to show off your background as a data scientist.

First impressions matter. VCs are also looking for authentic, engaging leaders who can lead teams to greatness, as this is a people business when it comes down to it. So let your personality come through.

Misconception 3: I should play hard to get…

I had an experience recently where a founder asked me for an introduction to one of my team members at True, so I willingly connected them to one another via email. When the founder waited for the investor to reply first, I was taken aback. When I asked the founder why they waited to say anything when they were the one who asked for the intro, they said they didn’t want to seem too eager, and they wanted leverage.

This is not the way to win over an investor. They’re continuously vetting pitches from some of the brightest minds in the world, and an absence of presence gives them a good excuse to archive your email. It isn’t going to create the demand you think if you play hard to get.

If you’re the one to ask for an introduction, respond first to show your professionalism and seriousness about partnering with them, because when you find the right investor to work with, that’s exactly what it should be like: a partnership. Communicate accordingly to build trust and don’t play games.

Misconception 4: In pitch meetings, I’ve gotta have all the answers…

Especially in the earliest stages, you aren’t expected to have all the answers. Our team likes it when founders are confident and assertive about their product and where they believe the market will move but humble and curious about how that shift will take place and when.

Investors also want to know you’re coachable. It’s okay to say you don’t know the answers on the test but that you have some thoughts on what the answers might be. Your pitch is an exercise in exploring those possibilities.

Misconception 5: I need a yes/no quickly so I can move on to the next firm…

A founder I spoke with recently said they talked to some VC buddies who suggested he pitch his idea to his top-runner firm, and then say that they have until the end of the week to let him know if he’ll be getting a term sheet. I don’t know any time that an ultimatum has worked out for both parties at hand, in business or in life.

While it’s true that deals do move quickly once an idea is pitched and there are multiple offers on the table, pressuring either side into a decision does not a successful deal make. It’s the investor’s job to provide you with a term sheet in a reasonable amount of time if they’re serious about you. And these firms are built to be able to do just that. But consider, like in any area of business, common courtesy and keep things respectful. If the pitch goes well, you both can have your cake and eat it too.

At the end of the day, this is not a science. It’s much more of an art or craft that should honor the nuances of human interaction. You have to build muscle, and the more you go up to bat, the stronger you’ll get. Numbers and traction are cool to showcase. But being yourself and showing who you are under pressure (hopefully a strong, focused, perseverant leader) is a way better bet on your future as a founder.